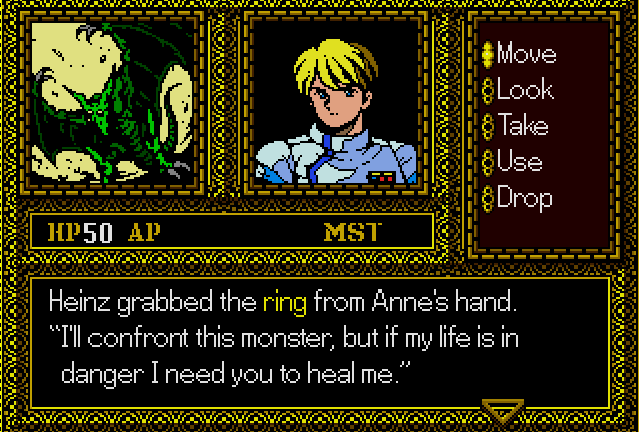 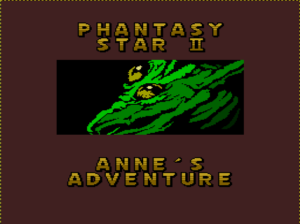 Y’all know what time it is.

I’m not sure why these Phantasy Star II text adventures exist. Was their goal to fill out each character’s backstory? The ones I’ve played – Amia’s Adventure, Shilka’s Adventure, and Kinds Adventure respectively – don’t really care about backstory, so that idea’s out. Perhaps Sega is just giving us a glimpse of the characters’ everyday lives when they’re not on a massive 6 Mega Memory adventure? We get a glimpse, sure, but they provide very little insight into who these characters are. What’s more likely: Sega’s MegaNet service needed some content. Japan liked Phantasy Star II well enough for Sega to elaborate on the eight main characters. Thus, the PSII text adventures were born. 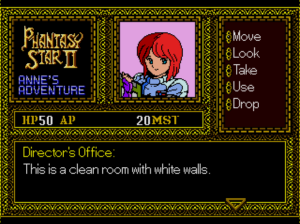 Let’s recap: Amia’s Adventure follows Amia the bounty hunter as she pursues her bounty, Hack. As Amia reaches Hack and uncovers his backstory, however, she learns that all is not as it seems and grows beyond her initial emotionless bounty hunter persona. The story is very basic, but because of Amia’s character growth, her adventure is ok. Not great, but ok.

The other two I’ve played – Shilka’s Adventure and Kinds’ Adventure – are considerably less appealing. Their stories don’t provide any information about either character that we don’t already know: Shilka’s a thief and Kinds is a clumsy jerk. By the end of their games, Shilka’s still a thief (albeit a slightly more famous one), and Kinds is still a clumsy jerk (with a girlfriend who’s considerably more interesting than him) who’s learned nothing. 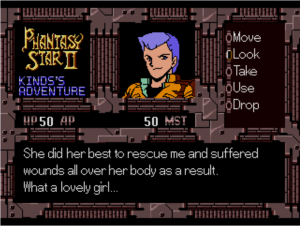 Anne’s Adventure follows Anne, otherwise known as Amy Sage in the English version of Phantasy Star II. She’s a brand new doctor, fresh off her internship, and works at a small River Town hospital in Motavia. As the game starts, she learns that biomonsters have attacked the elementary school in Wood Town right next to River Town. The hospital director approaches her and asks her – a young, inexperienced female doctor – to take medicine to the school, alone. She agrees, because she’s young and she doesn’t want to lose her job, but sheesh, Mr. Director. The biomonsters are still violent and hungry, the journey itself is dangerous with or without monsters, and if Anne doesn’t make it to the school alive with the medicine, her death will be in vain. Someone fire this guy, stat. 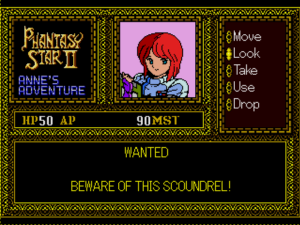 The game’s warning you, Anne! Find a different hospital to work at!

The hospital director sending Anne to her inevitable doom aside, Anne’s Adventure is the most rewarding of these text adventures, thanks to the protagonist herself. Anne is an incredibly likable, endearing character with a compassionate heart and a sacrificial willingness to save others, no matter the personal cost.

Her journey also has greater stakes than the other characters. Whereas Kinds’ is all about his personal survival and Shilka’s is just about stealing a piece of art, Anne is out to save both the elementary school survivors and anyone who’s been harmed along the way. She’s not a warrior (though she does fight eventually), and this is presumably her first mission like this for the hospital, so she’s green. You root for her. If she gets to the school, drops off the medicine, then gets back to the hospital, alive and well, she can rub it in the director’s big ugly jerk face. But of course, she wouldn’t do that ’cause she’s just so nice… *sigh* Anne’s the best. 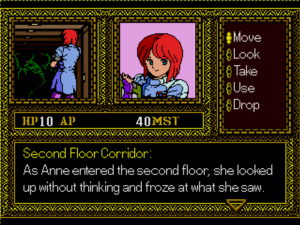 I always look up without thinking. Anne’s so relatable!

Along her journey, she sails down a river in a barely-usable rubber raft just to get to Wood Town. She fights biomonsters with a cheap knife (that she has to purchase herself – get reimbursed by the hospital director, Anne!). She meets Heinz, a kind outcast doctor who lives in the woods and nurses Anne back to health if she dies during battle. She even gets kidnapped by a one-eyed bandit and eventually escapes on a… jet scooter?! Better than a deflated rubber raft. My guess is the kidnapping wouldn’t have happened if the hospital director had given Anne a buddy, buuuuut let’s not beat a dead horse here. 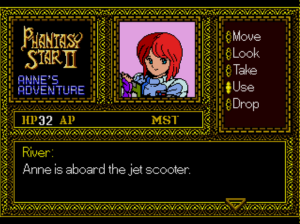 You deserve it, Anne.

If you’ve played any of these text adventures (or have followed along with this review), you’re very familiar with the menu/visual layout of the game. A picture of Anne rests firmly in the middle of the screen, with five options – Move, Look, Take, Use, Drop, all self-explanatory – on the right hand side of the screen. Images of monsters appear on the left side of the screen when Anne encounters them, while text that explains what’s happening appears at the bottom of the screen. 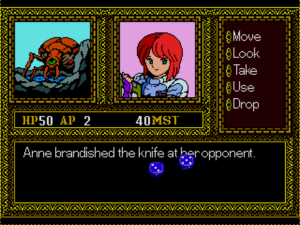 Battles are determined by random dice rolls, as in the other games.

Maybe my unwavering negativity towards these games helped me appreciate Anne’s Adventure more than I assumed I would, or maybe Anne’s characterization and story was just leagues above any of the others. Either way, I’m impressed… sort of. I’m impressed compared to the other three text adventures, not the adventure game genre as a whole; these are less adventure games than they are adventure vignettes. Still, considering I had all but written off these textual experiments, “Good enough” is better than “Why does this exist?”

COMPARED TO OTHER PSII TEXT ADVENTURES: A-

COMPARED TO THE ADVENTURE GAME GENRE AS A WHOLE: B- 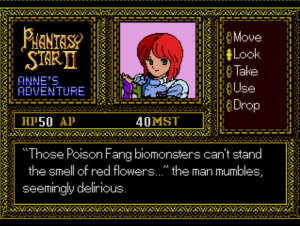 Anne stifles a laugh. Shame on you, Anne. 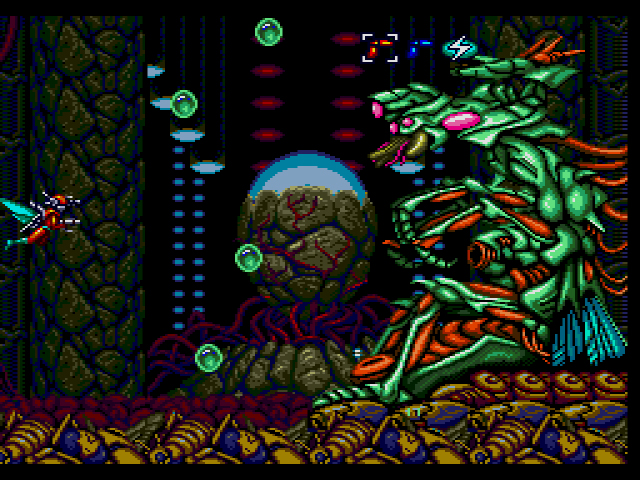 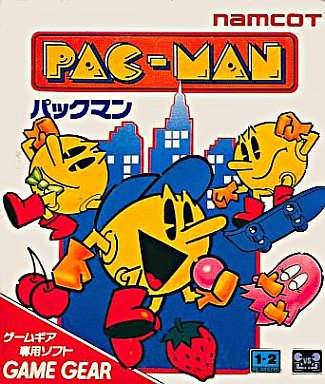 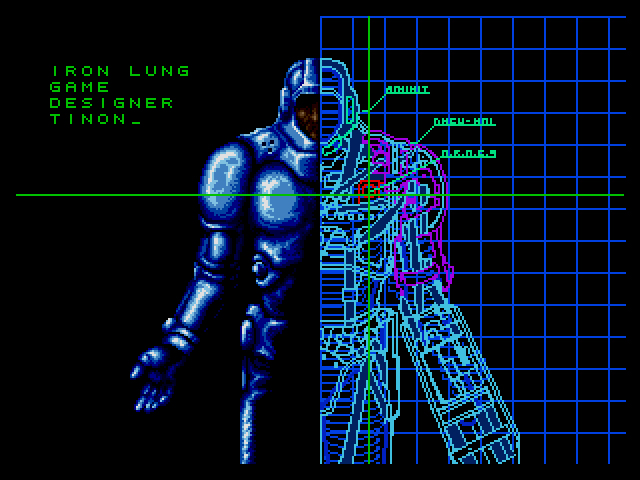