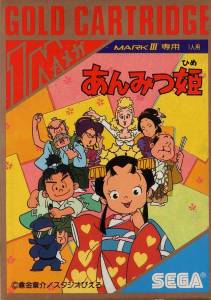 This cover is fairly typical 80s manga, except for that sweet ninja with sunglasses. 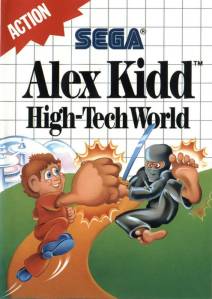 Alex and the ninja struggle with Gigantism.

The fate of a princess’s trip to the bakery rests squarely on your shoulders in Anmitsu Hime. Based on a popular Japanese anime from the mid-80s (which was in turn based on a manga that ran from 1949-1955), Anmitsu Hime has you guiding Princess Anmitsu through her castle, the woods, and a prefecture to get to a bakery before it closes. I could make a fair prediction as to why the princess wants to get to a bakery (ladies love their sweets, regardless of their societal standing), but in truth, I have no idea. Sega never released Anmitsu Hime outside Japan, and the game has enough hiragana to stymie the casual Japanese reader. And despite the abundance of fan-translated Japanese Master System games on the Internet, Anmitsu Hime is one of the rare few not to have a direct translation. Given this information, my experience with the game was as follows: I wandered around the castle, willed the hiragana to turn into English (it didn’t work), then turned off the game with a melancholy sigh. Anmitsu might eventually satisfy her sweet tooth at the bakery, but it won’t be because of me. 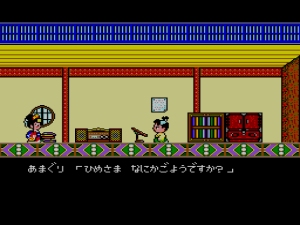 Princess Anmitsu decided to run away to the bakery after the castle banned cheese danishes.

The longing of Princess Anmitsu might mean nothing to American gamers, but Alex Kidd: High-Tech World may ring a few bells. Sega turned Anmitsu Hime into High-Tech World, replacing the princess with Prince Alex. Instead of a lust for pastries, Alex has an unquenchable desire to play the latest Sega games. The game’s sprites have been changed, and the text has been altered to be more American and 1980s hip (Alex’s speech in particular indicates that he is quite a brat – not the personality I imagined from Miracle World), but the Anmitsu Hime environments – the castle, the Japanese forest, and the Japanese town – remain the same. 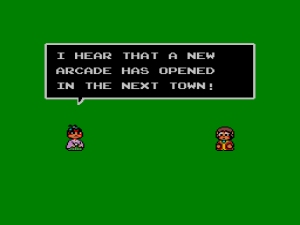 There’s nothing wrong with a company altering one of their previous games in order to adjust it for a different audience. If there was, Super Mario Bros. 2 would be an afterthought rather than the curious classic it’s become. But why Sega felt the need to make Anmitsu Hime into High-Tech World, I’m not entirely sure. After all, Alex Kidd was Sega’s big mascot before Sonic. One would expect his games to be epics, comparable to Mario’s own adventures in spirit, if not in truth. And yet, High-Tech World feels like a lapse in judgment, a short, bizarre puzzle/action hybrid that doesn’t feel like Alex Kidd should be anywhere near it. 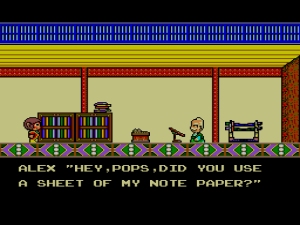 The old man’s name isn’t Pops. Alex just has no respect for his elders.

The conflict: Alex needs (not wants, needs) to get to the arcade, but there’s a first-world problem. The map to the arcade has been torn into eight different pieces and scattered throughout the five floors of his castle. To find them, you’ll explore every room and talk to Alex’s relatives and servants to see if they’ve seen them, until eventually, you recover them all.

Unfortunately, one of the game’s key problems crops its head up here: a lack of clues or direction. Many of the map pieces are, as High Tech World‘s manual states, “scattered all over the castle… in the most unlikely of places!” Ya got that right, Sega. In one room, six women sit in a row, waiting for you to give their names in the correct order. Miss one name, and not only will you not get the map scrap, but you’ll “faint,” and the game will start you from the beginning. I never found any clue in the castle as to what the women’s names were; thank goodness for FAQs.

Or how about taking the burnt scrap of paper from the old man and “fainting” because you didn’t know you were supposed to clean the paper before you grabbed it? Does Alex need a fainting servant to accompany him? What’s with this kid(d)? Good rule of thumb in the castle: if an item looks suspicious, it’s probably designed to kill you. Or it’s exactly the item you need. Seemingly mindless trial-and-error is the rule of the day here. 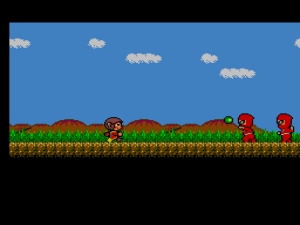 Alex’s insular, happy-go-lucky existence is about to come to an explosive end.

Once you find all eight pieces of the map and a Hang Glider to sail out of the castle, you’re off to the forest. Good thing about entering the forest: you get a password. Up until now, if you had a game over, you had to start from the beginning. Bad thing about the forest: it’s full of ninjas who are annoyingly precise with their throwing stars. Alex has his own stars he can counter attack with, but they can only be shot directly ahead, and the ninjas usually dwell above Alex in the trees. Other than the surprisingly agile ninjas, the forest is generic action, compared to the confusing intricacies of the castle. 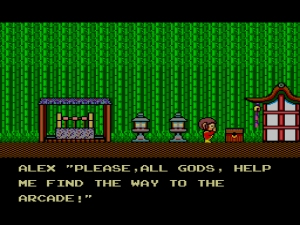 “Please, ah… whoever or whatever I believe in. Help a brother play some games!”

The forest spits you out into a fully-realized town, full of shops and goods and people that look nice, but don’t really matter. The town’s only real purpose is to make you pray a hundred times at the local shrine in order to progress. Once you do this, you receive a pass and can move on. Seriously. A hundred times you have to approach the shrine before you’re given a pass; monotony at its finest.

Once you leave the town, you wander through a forest area that’s a carbon copy of the first forest. Beat the second forest’s barrage of ninjas and animals, and the game’s over. Alex makes it to the arcade, spends every last drop of money he has playing OutRun, then presumably hang glides back into the castle with nobody the wiser. I’d say the abrupt nature in which Alex reaches the arcade is anti-climactic, but since there’s no real tension or purpose behind the game, him wasting his hard-earned inheritance on OutRun is a pretty appropriate ending. To paraphrase Homer Simpson, “High-Tech World is just a bunch of stuff that happens.” 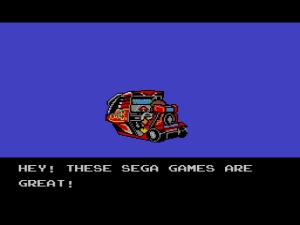 Oh, that I was playing Outrun instead of High-Tech World.

Beyond the game’s nonsensical nature, what really grabs my craw is that not one aspect of High-Tech World feels appropriate with Alex Kidd as the star – and particularly if you know that the game emerged from a different source. Put aside the confusing “puzzles,” the halfhearted action, and the purposeless town. If Sega had replaced the feudal Japan setting with Miracle World, or even Japan circa 80s so that the prospect of getting Alex to an arcade would be believable, the game would have been slightly more tolerable. As it stands, it makes no sense that Alex would be stuck in ancient Japan – both in the environments and with every character that surrounds him – and still feel like a modern character. Sega was in ultra lazy mode with High-Tech World. For a game that starred their supposed mascot/ace-in-the-hole/Mario killer, they sure weren’t treating him with much respect. 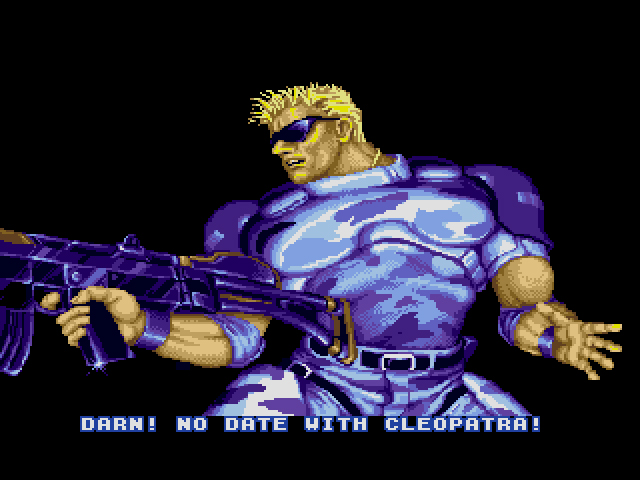 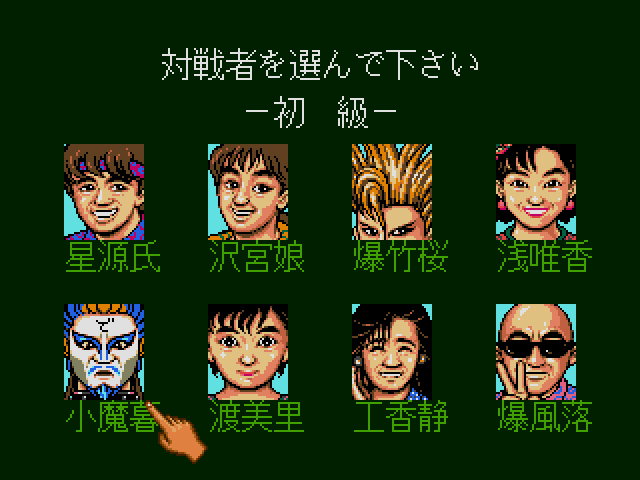 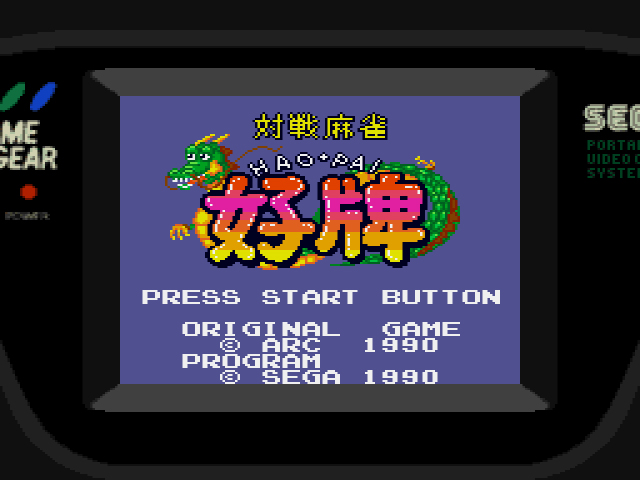 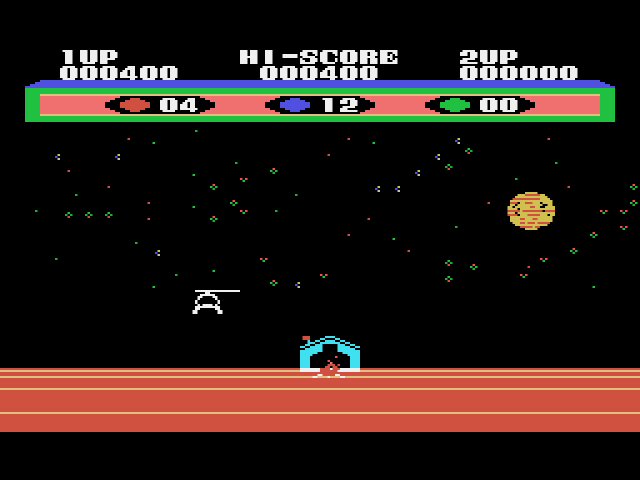