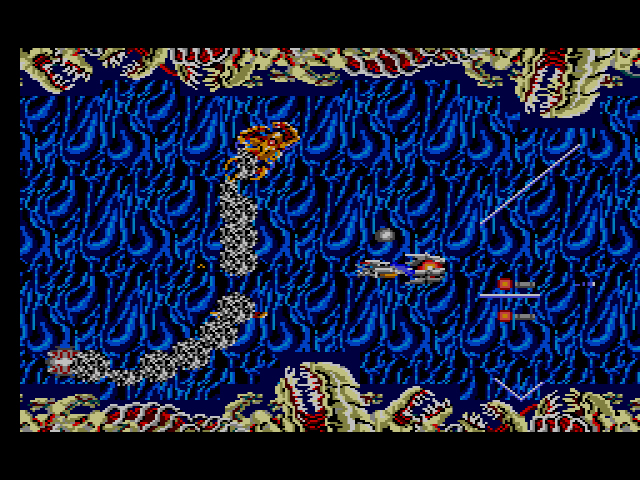 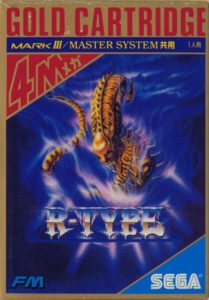 This is just a spectacular piece of box art. No snark required.

“My chest! My beautiful chest!”

Every shoot-em-up that stands the test of time has a great gimmick, one that acts as a cornerstone for the game’s foundation. Life Force‘s levels were designed specifically with two player co-op in mind. Gradius gives you the ability to choose your weapon/shield upgrades in a rotating upgrade wheel. R-Type has the Force device, a detachable pod that can be sent either backwards or forwards into enemy chaos. The Force device is all-powerful and can’t be destroyed, which makes it the perfect partner in your war against the Bydo Empire. If the device is attached to you in the front or back, it also acts as a type of shield, absorbing any projectiles sent your way. To really succeed with R-Type, you’ll have to not only memorize enemy patterns, but also learn when to deploy the Force device in any given situation. Each level sends out tons of enemies in all directions, and often the only way you’ll be able to survive is with the the Force device’s help.

Back into the womb!

As with most shoot-em-ups, when you die in R-Type, you lose all of your weapon upgrades, including the Force device. Because the Force device is so essential for your survival, however, you’re given it quickly after you restart the level; just shoot one of those bouncing rabbit robots, collect the blue orb, and the Force device will return to you, like a robot dog welcoming home its master. This generosity is a far cry from Gradius. In the latter, if you die a few levels in, you may as well restart, due to the lack of power-ups the game gives you after a certain point. While the Force device won’t prevent your death, it is always a welcome ally, particularly when you restart in claustrophobic, enemy swarming areas.

The Bydo Empire and H.R. Giger were constantly collaborating.

The Force device is an ingenious gimmick and the backbone of R-Type, but the eerie ambient level designs, deliberate pacing, and solid weapon upgrades add considerable depth and life to the game. As you fly through the Bydo Empire’s underwater caves filled with intestinal sea anemone, you can’t help but feel creeped out – even as you’re trying to stay alive. The shooting gets desperate at times, but the enemies rarely overwhelm when you’re ‘roided out with upgrades. In addition to the Force device, you can acquire two orbs that surround your ship’s top and bottom and shoot in either direction. There’s also missiles, anti-land lasers that look like diarrhea caterpillars and don’t do much of anything, reflecting lasers, and anti-air ring lasers. The latter two are the strongest and best weapons to have, and with the Force device by your side, make you feel invincible.

Nothing like an alien graveyard to make you feel at home.

But just in case you thought I was a shmup savant, make no mistake: R-Type is incredibly hard and requires insane amounts of trial-and-error and memorization to make it through. This difficulty is part of the game’s charm, though. I mean, would you really feel like you had accomplished something as significant as destroying an evil alien empire if the eight missions given you were easy?

R-Type makes up for Thunder Blade, Blade Eagle 3-D, and all the other half-assed shoot-em-ups I’ve been forced to play on the Master System. Not only is it the best shmup I’ve yet to play on the console, it’s one of the finest to emerge from the genre’s golden period. 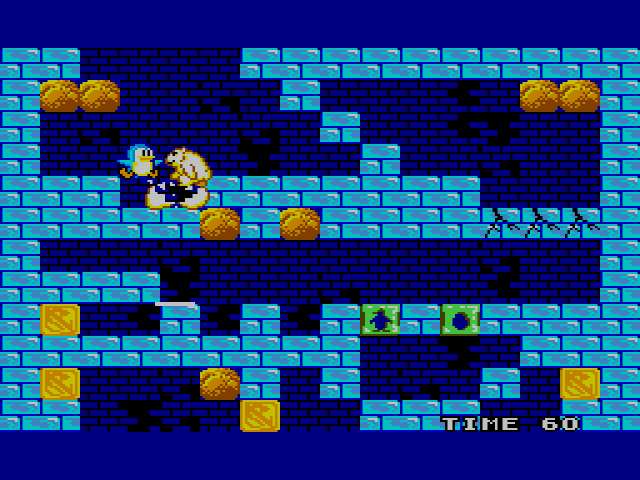