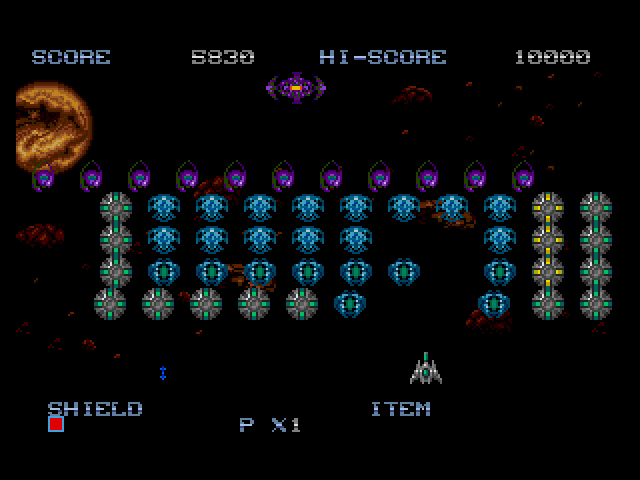 1978 called, they want their invaders back!

Released one year after the Japanese version for reasons unknown.

Space Invaders 91 (or Space Invaders ’90 as it’s known in Japan) has a killer upbeat soundtrack that sounds as good as any music I’ve heard on the Genesis. There’s an energy and enthusiasm running through the ten tracks that makes for perfect listening on its own. When paired with the game, however, the music is almost too lively. It stands at a contrast with the leisurely paced back-and-forth shooting that’s Space Invaders‘ modus operandi.

It looks like the aliens are actually shooting earth. The future is 1991.

The fantastic tunes beg to be placed in a different, more exciting game, and so do I. I’ve reviewed the original Space Invaders once before for the SG-1000, and while I can appreciate the game’s legacy, I didn’t grow up with it and thus have no nostalgia towards it whatsoever. Space Invaders 91 seems to understand that there were many kids like me and attempts to combine the Space Invaders formula with elements of the modern shoot-em-up. Special weapons, all new levels, and a shield on the ship make for a slightly different experience, but none of the additions succeed in making the game feel like a true heir to the original.

In the original Space Invaders, you control a spaceship that has to destroy rows of descending alien invaders before they reach the ship at the bottom of the screen. The ship is limited to horizontal movement, so it’s unable to fly vertically towards the invaders. There are four large shields between you and the invaders that you can hide behind as they shoot at you. When the aliens shoot the shields, they slowly erode away; lingering behind them like a coward does you no favors, though you can shoot through them to take out hard-to-reach invaders. UFOs occasionally appear at the very top of the screen and, when shot, provide a large number of bonus points. As the number of aliens decrease, the remaining ones move faster towards your ship. If they reach your ship, game over. If you destroy the entire fleet, onto the next round, same as the last. 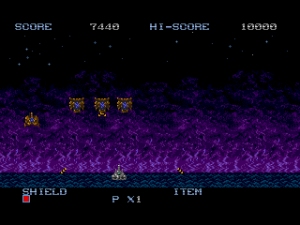 Even the outer reaches of space wept when Prince passed.

In Space Invaders 91, you control a spaceship that has to destroy rows of alien invaders from reaching you at the bottom of the screen. Your ship can only move horizontally, not vertically. The four shields have been removed for a personal shield that allows your ship to get hit five times by enemy projectiles. UFOs occasionally appear at the very top of the screen and, when shot, drop a special weapon. Depending on the round, the weapon can be anything from a shield that protects you from enemy fire to a homing bomb that locks on to specific enemies. All special items have a limited number of uses and disappear quickly. As the number of aliens decrease, the remaining ones move faster towards your ship. If they reach your ship, you lose a life. If you destroy the entire fleet, you move on to the next round, slightly different than the previous.

Each level takes place on a different planet with slightly varied enemies. The pixelated aliens from the original are here, but so too are amorphous sea creatures, space bugs a la Galaga, and vengeful amoebas. While you mostly stay in space, occasionally you’ll fight on the ground in a land vehicle. On these ground levels, the terrain will sometimes bend in the middle, which forces you to shoot diagonally.

Even the sea creatures have caught “Invader Fever.”

Space Invaders was a huge success because nobody had played anything quite like it before. The changes made to the formula in Space Invaders 91 are poorly implemented, and are features you’ve seen in every other shoot-em-up made in and before 1991. The special weapons are solid, but the limited number of times you can use them renders them pointless. The stage backgrounds resemble bad paintings; so much so, that I would have preferred the constant blackness of space behind the aliens rather than surreal landscapes you might see in a Carl’s Jr. The shifting terrain is neat the first time you see it, but doesn’t actually enhance the game.

Only 16 bits of raw blast processing could alter such formidable terrain.

Space Invaders 91‘s conservative changes seem designed to not offend old fans, yet still bring in new ones somehow. So who’s the game’s intended audience? For an update, it plays too much like the original, yet not enough like the original for fans who just want to play a 16-bit version with upgraded graphics. The different levels, the intense soundtrack, and that “’91” in the title: Taito desperately wants you to think this is a modern and fresh take on your parents’ favorite classic arcade game. But no amount of visual trickery or aural ear candy can give Space Invaders 91 what it desperately needs: a purpose. 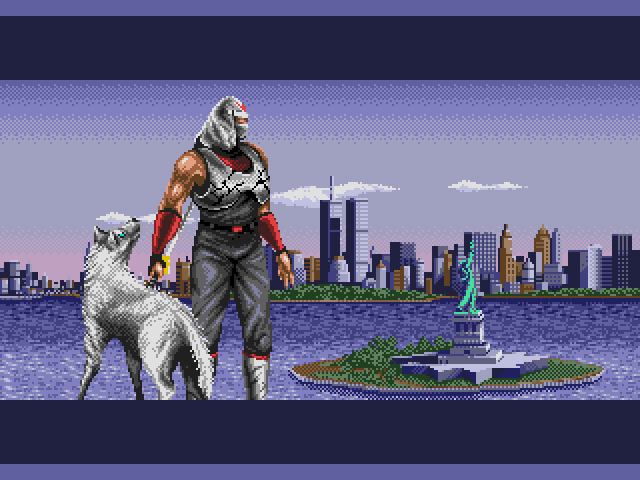 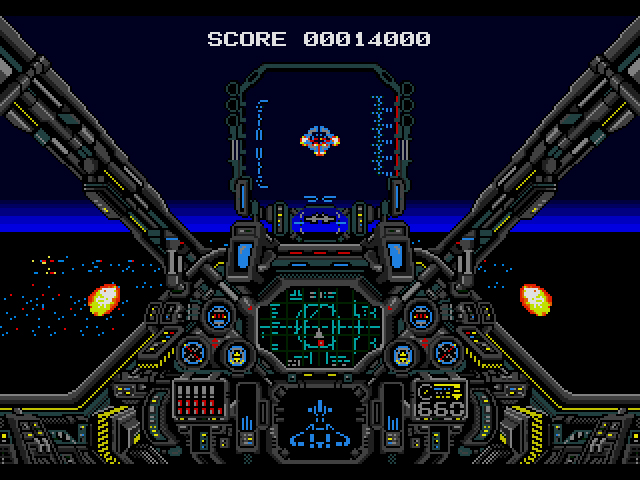 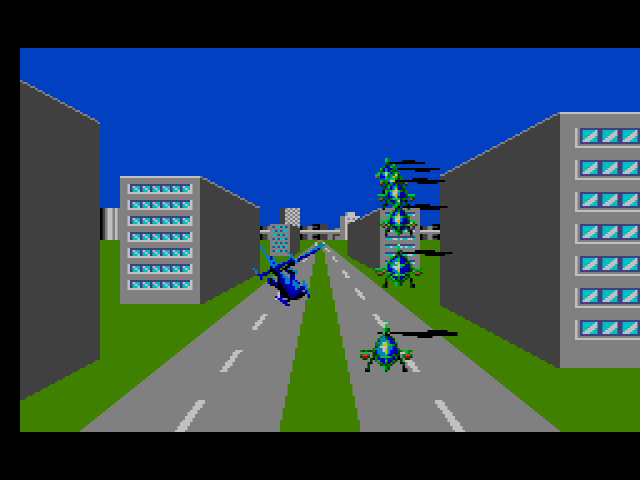 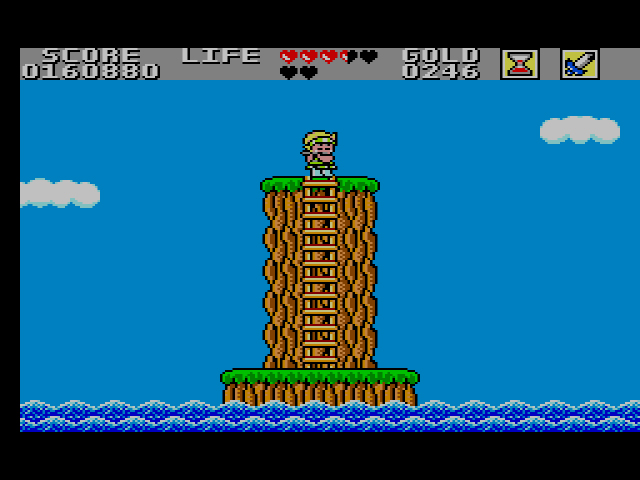