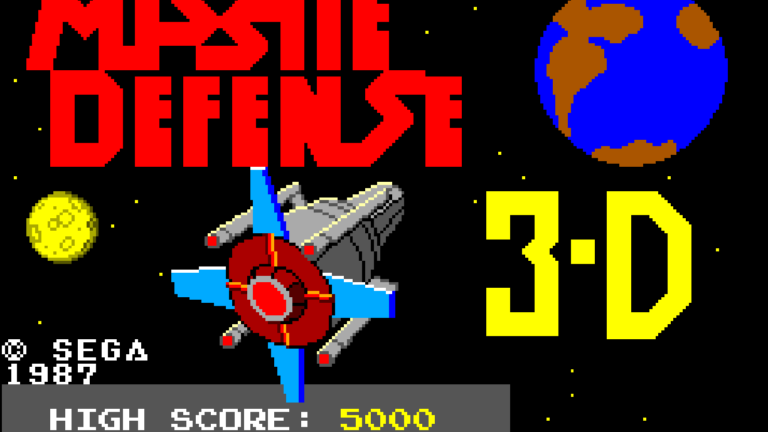 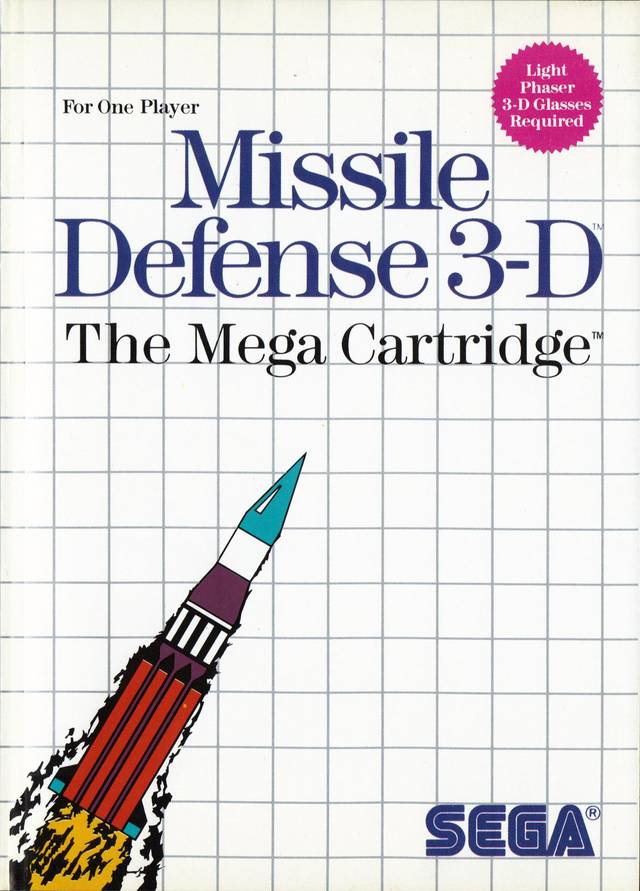 A Rocket to Nowhere 3-D

When a game requires more than one extra peripheral to work properly, I question whether it should have been made at all. To wit, Missile Defense 3D requires the Light Phaser and 3D Glasses to work properly. Both peripherals today cost about 70-100 dollars – all for a game that can be beaten within ten minutes or so. Of course, if you already have both peripherals or if you were planning on using them for other games, you should give Missile Defense 3D a shot. I’ve been told the game is a technological marvel of the late 80s. If I was transported back to 1987 with this game and all its requirements met, I suspect I would believe it, but I doubt any amount of ooh-ing and aah-ing would convince me that it needed to exist. 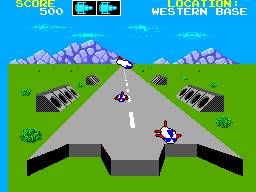 The goal is simple. Missiles launch. They zoom towards you in three electric dimensions. You shoot them with the Light Phaser. That’s it. Once all the missiles have been launched, a screen appears showing you how many missiles you hit and how many you missed. You’re then given two more chances to take them all out. Obviously, the sooner you can destroy them all, the better. If you get to your final chance (you’ll know if the screen displays a city), and the missile explodes, the game is over. If a missile hits you a certain number of times, the game is over. 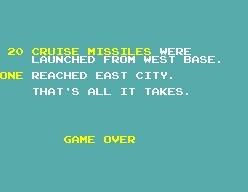 Where have all the flowers gone?*

There’s a strange, vague story in Missile Defense 3D about protecting cities. Two impossibly large cities are at war with each other, the East and the West. You are the Peacekeeper charged with protecting the cities from themselves. When the West City launches a couple dozen missiles at the East City, you have to destroy them all before they reach the city. But even if you protect the East from the missiles, they of course feel threatened by the West’s offensive and fire back. You then scurry over to the East and try and take down all of the West’s missiles. This story exists to convince you that the game has more depth than it actually does. You have to protect the East and West a total of six times before the game is beaten. Six! Any other Peacekeeper would have given up by then. If the East and the West can’t sort themselves out, let them destroy each other. 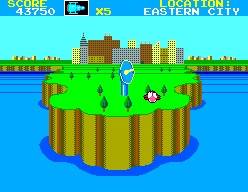 Not the satellite! How will people watch the ‘Homeward Bound’ marathon on HBO Family?*

And here’s another thought: how about making North/South levels to cut down on the repetition? Or move over to a different planet and protect them from being destroyed by some alien force? By the third time of shooting down missiles on the same two screens, I didn’t care any more. A little variety in the environments would have gone a long way in making the game more memorable. 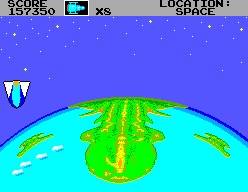 Watch out, Space! It’s a missile!*

As with Zaxxon 3D, my 3D glasses stuttered while playing the game. Single missiles often looked like doubles, and it was hard to tell where the missiles were actually placed on the screen. I still don’t know whether it’s the fault of the glasses (they are used) or if my flat-screen CRT TV is too “new” for the 3D glasses to work properly. Thankfully, the Light Phaser did a bang up job taking down the missiles, even though I couldn’t always tell where the missiles were on-screen. Despite my limitations, I got to the fourth round of missile mediations before a lone missile slammed into the West City, ending my reign as Peacekeeper. 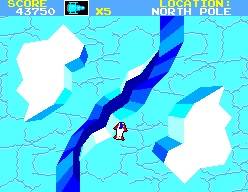 Not even Al Gore’s precious ice caps will be spared the missile’s wrath.

It’s not Missile Defense 3D‘s fault that my gaming rig can’t replicate the game to its fullest. Even if it could, though… even if the missiles were able to fly directly at me in stunningly clear three-dimensions, would the game be anything more than a novelty? In 1987, when the idea of full-length games made strictly for consoles was new, two levels repeated ad nauseam was still less a game than a tease. And for all of Sega’s admirable qualities, they have been guilty of skimping on content in order to showcase their admittedly considerable technological prowess. Missile Defense 3D is an amazing intro to a fuller, richer game, but the game in question is nowhere to be found.

*all images from GameFAQs 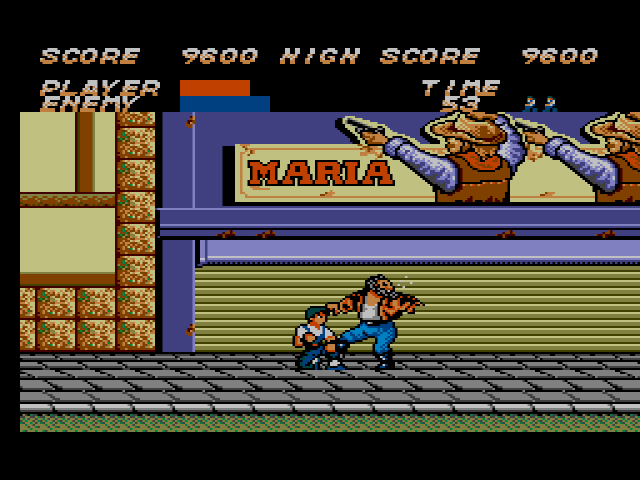 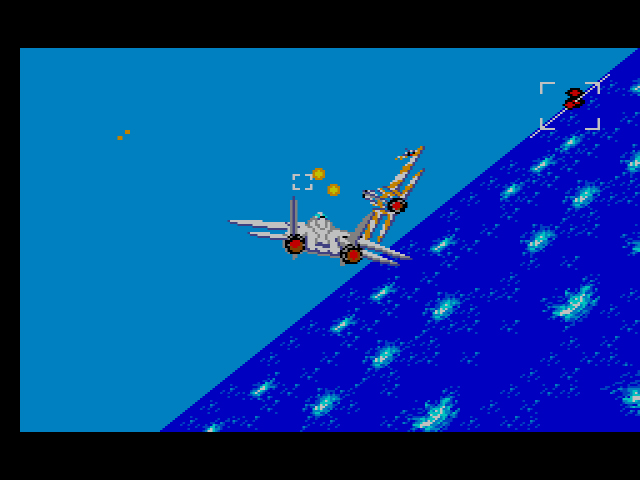 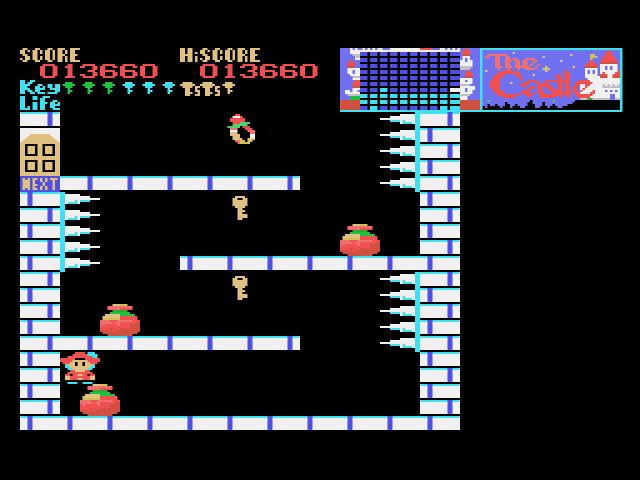 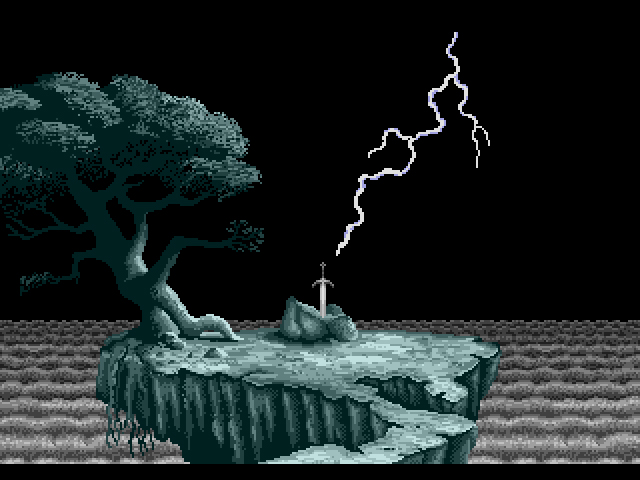