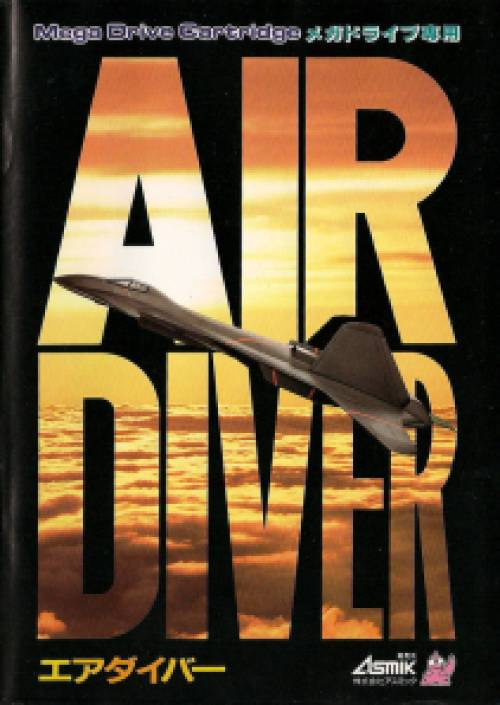 Are you sure this jet is diving, Asmik? Are you sure it isn’t… soaring majestically upwards? 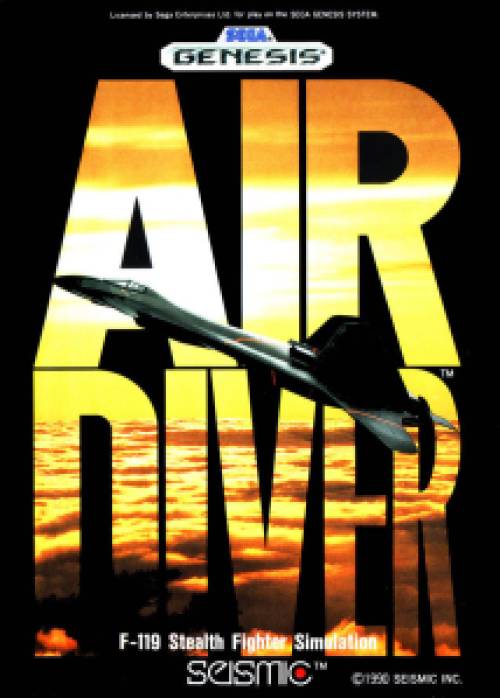 Oh look, a slightly different jet. Still no diving, though. 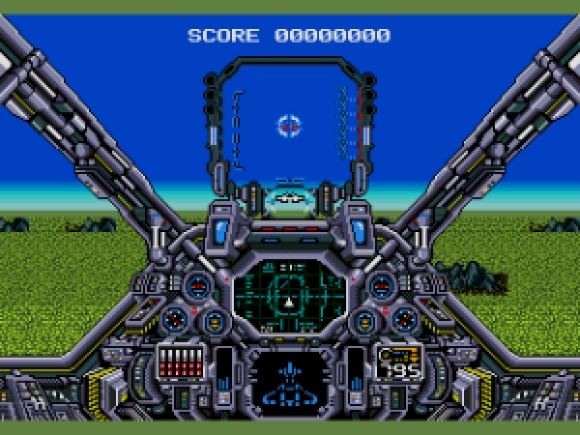 The cockpit’s immaculately rendered insides might make you think Air Diver is the 16-bit Steel Battalion, but no. The game does not come with its own $200 flight stick, and save for the radar screen, your fuel gauge, and your missiles, the cockpit is meaningless bells and whistles. 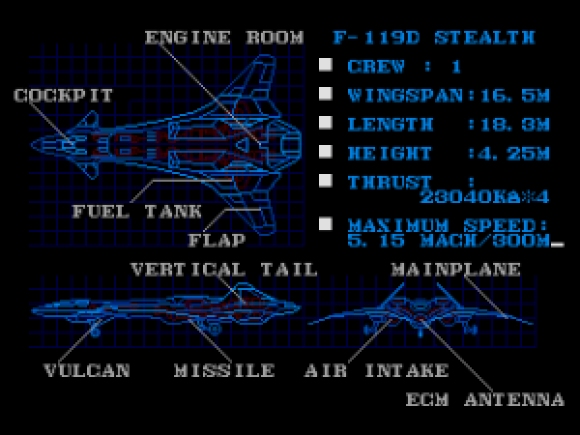 None of this means anything either, since the F-119 Stealth doesn’t exist.

The emptiness in the ‘pit doesn’t matter, really. The lights and gadgets exist only to immerse you in your role as Joe “Only Fighter Pilot Who Can Save the World From Terrorists and Aliens” Smith. And you are immersed, at least initially. The game’s thrilling sense of speed sends you soaring over areas like the African Savannah or the Australian Outback, and the intense dogfights are leagues better than After Burner‘s janky battles. After destroying enemy jet after enemy jet and avoiding endless missile parades, however, Air Diver feels like a hollow spectacle, as flashy and empty as the cockpit itself.

Sure looks pretty, though.

On the main menu, you choose one of eight battle arenas spread out across the world. Each arena is rated by attack, defense, and a mission achievement percentage. The “attack” is, I presume, the amount of enemy fighters that will be unleashed at your jet. I do not know what the defense and mission achievement percentage mean. There’s very little documentation for Air Diver available online, save for a couple stray reviews and the Japanese version of the manual. 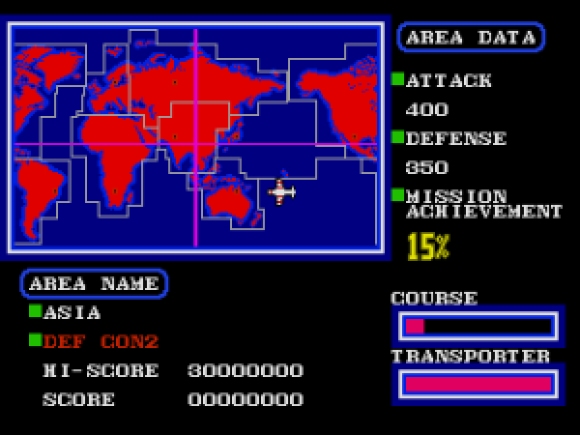 If anyone knows what some of this jargon means, please leave a comment!

Your goal is to shoot oncoming fighter jets and avoid any missiles fired by them. Because the fighter jets move faster than your jet, it’s best to keep track of them on your radar where they’re portrayed as red dots. Your jet has three actions: shoot bullets, launch missiles once you’ve locked onto a jet, and a speed boost, which twirls your plane 360 degrees. Thanks to the automatic acceleration and the inability to fly in any direction (you can tilt your cockpit in a direction, but you only ever fly straight), you never feel like you have full control over your jet. The 360 twirls help you avoid missiles, but that’s it. 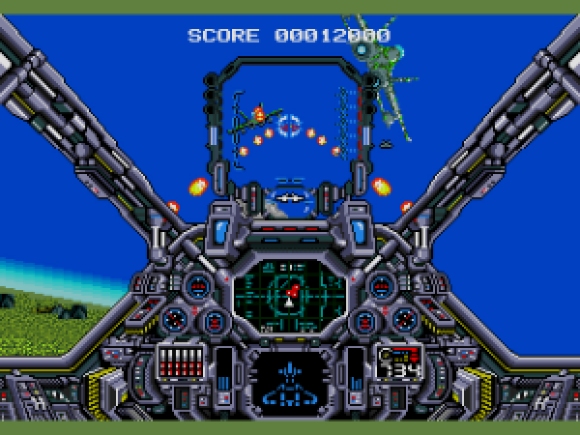 Once you’ve taken down a couple waves of standard fighter jets, a Special Edition fighter jet (usually a different color than the standard army green) comes and rides your butt with a steady stream of bullets and missiles. Basically, Special Edition Bogey is a jerk, and it’s always a crapshoot as to whether you’ll be able to outmaneuver his attacks. I destroyed a couple of these jets during my playthrough, but I just as often got stuck behind them. There’s no function that allows you to slow down and let them pass, and even if you speed boost away until they’re no longer on your radar screen, they’ll always manage to catch up with you. 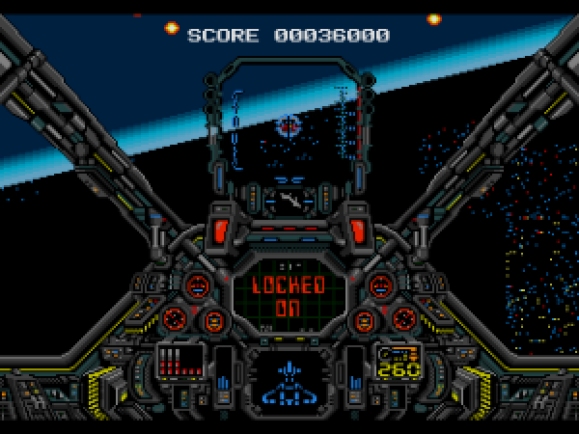 The bastard’s on my six. Deploy! Deploy!

If you can get past those frustrations, you’ll do battle against a large alien ship. The ships only look slightly otherworldly, but the way they slink slowly onto the screen is intimidating. Once the battle begins, you’ll get some hits in, but the foreign alien weaponry is impossible to avoid. I died within a few seconds on all of these battles, thanks to a staggering amount of electrical pulse bullets hurled directly at my jet. 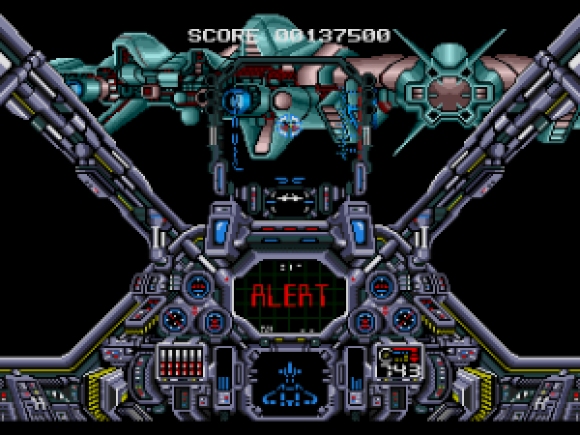 Should you manage to defeat the alien ship, you’ll be taken back to the transport aircraft where you’re given additional fuel and weapons for your next battle. It’s then back to the main menu for more dogfights around the world. Aliens and terrorists don’t sleep, so you can’t either, I’m afraid. 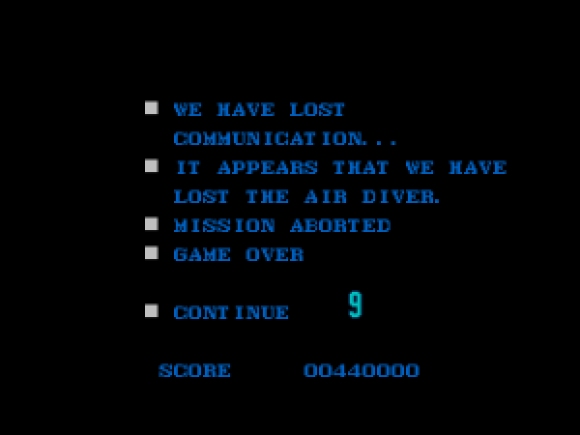 I think I’ve dove enough for one day

In the Options menu, you’re able to turn Air Diver‘s difficulty down to Easy, which I’d recommend if you want to play through the entire game. While this decrease in difficulty certainly eases the pain (there’s also a Hard setting – a big “hell no” to that), it also highlights the game’s lack of substance. Without the extra challenge, the objectives grow monotonous within a couple levels. With the challenge, it’s impossible to progress, and thus, care about saving the world. By the time I finished with Air Diver, I was ready to hand Earth over to the Terrorist/Alien regime. It’s not like the rest of us are doing that great of a job anyway.

I rented this, and beat it when it came out. It was OK. I seem to remember some fuel management aspect to it as well. Like you had to tackle missions somewhat strategically. I mostly remember the large boss encounters which at the time were somewhat unique for this type of game, other than that, ya it’s an After Burner action type of game. You could do worse.

I only ran out of fuel one time, though I imagine harder missions might give you less fuel or something.

This game never appealed to me. I remember seeing screenshots, and thinking to myself that there’s almost no playfield to observe, because of the sheer size and scope of the cockpit. Who wants to spend half the game staring at a tiny radar screen when you have all the eye candy to look at? I never bothered with this one as a result.

You actually can hold UP and press the dash twice to turn 360 degrees making an up twirl, thus, escaping the assholes on your six. It leaves them right in front of you.