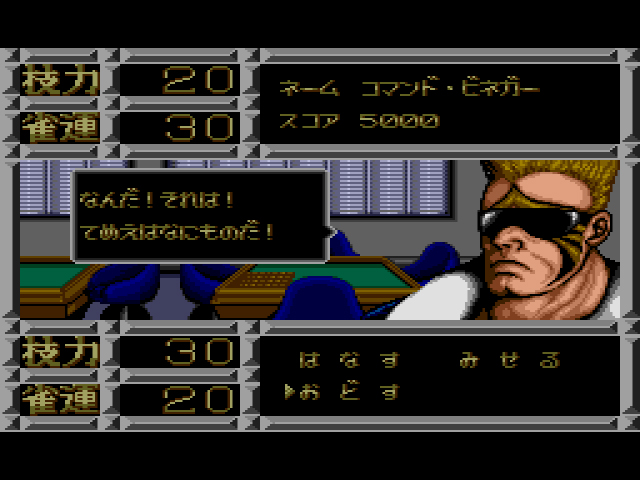 A moonless night in Kyoto. An underground rïchi mahjong parlor, filled with angry chatter, saké, and nicotine-stained tiles. The White Wolf is playing against The Black Eagle. Two mahjong masters who also happen to be yakuza clan leaders. The White Wolf howls for the Yamaguchi-gumi, while The Black Eagle soars for the Sumiyoshi-kai. The stakes are high. The night’s game isn’t just for a 500,000 yen pot. It’s also to see which clan takes control over the wavering Kyokuto-kai.

The Black Eagle looks poised for victory. He has already declared rïchi and seems confident in the White Wolf’s downfall. The White Wolf is smiling. He knows something the Eagle doesn’t. As he leans forward to place a tile, the door to the parlor is thrust backwards. Mahjong Cop Ryuu and his tile squad rush in, throw over the tables, and arrest The Black Eagle and his younglings. The White Wolf escapes mysteriously into the night. Mahjong Cop Ryuu squints hesitantly into the darkness. He vows not to rest until every crooked mahjong parlor has been shut down and White Wolf taken back into captivity.

Or something. I have no idea what Mahjong Cop Ryuu‘s story entails, but my take is probably a little less crazy than what’s actually in the game. Just look at the cast on the game’s box: Robocop, Arnold Schwarzenegger, a demented Clint Eastwood as Dirty Harry, a Holocaust survivor and an innocent girl who looks over her head. You presumably take all of these folks on in mahjong games as Mahjong Cop Ryuu, but whether they’re true bad guys, innocent bystanders, or just jerks interfering with your mahjong brand of justice is beyond me.

Mahjong Cop Ryuu appears to be a marriage between the adventure genre and straightforward mahjong. You start off the game in an office, talking with a dude who is either your partner or a suspect who won’t answer your questions. Either way, you have three options. Two of the options lead to extended banter, while the other ushers you into a mahjong match. I sort of learned how to play mahjong about two years ago for my SG-1000 Mahjong review, but time makes fools of us all and I have forgotten any information I previously learned. I’m also fairly confident that Mahjong Cop Ryuu features Japanese mahjong, which I never learned and which has its own rules and different ways of scoring. Combine that with the abundant Japanese text slathered throughout the game, and this is one adventure/table game I can’t understand.

Which is a shame. Mahjong Cop Ryuu might not be the action-packed 16-bit experience Mega Drive fans were after, but if you’re going to throw a mahjong game on your console, combining traditional mahjong matches with an outlandish story is the best way to go. Even worse: no enterprising soul has yet to create a fan translation of this game. This means if you want to bring all these mahjong hooligans to justice, you better start learning Japanese or be hella good at Japanese mahjong. Ryuu’s badge depends on it. 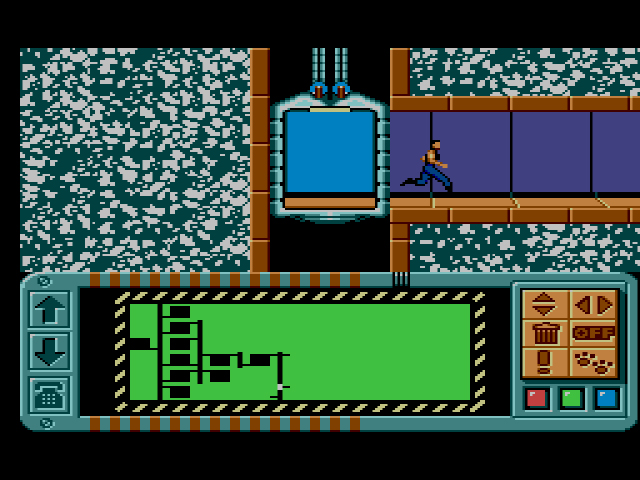 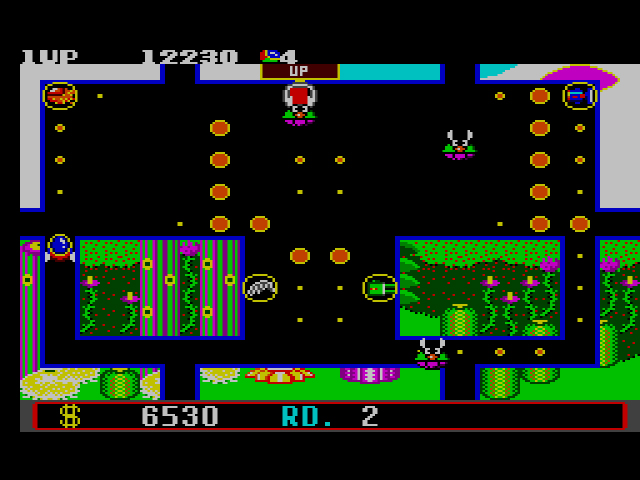 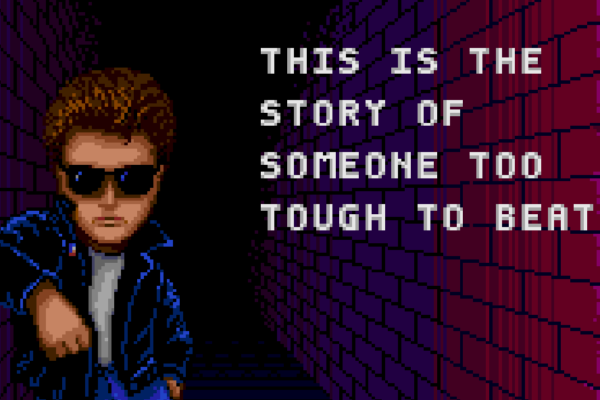