But are they ripe?

Like The Great Pyramid before it, Melon Brains is an interactive encyclopedia-style title that’s the equivalent of a DVD with interactive menus. 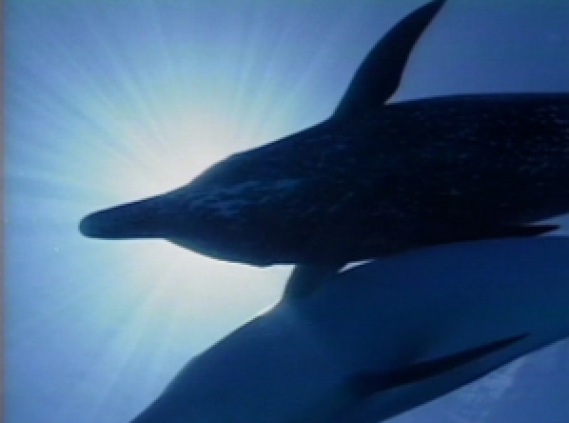 The secret killers of the sea.

This documentary focuses on dolphins, and derives its odd sounding name (Melon Brains) from the shape of that particular mammal’s brain. It’s chock full of facts about the creatures as well as interviews with many scientists who have studied them. 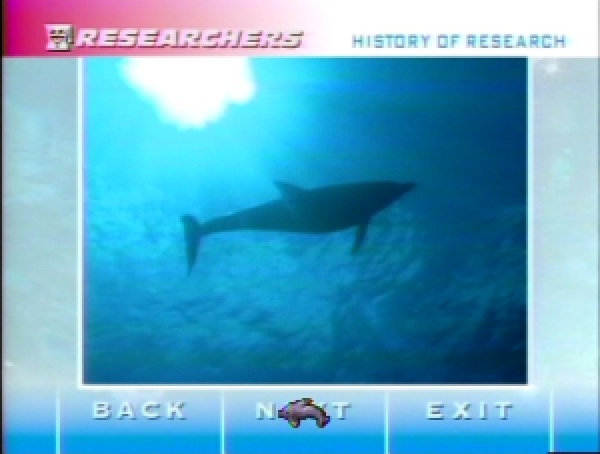 Melon Brains is for the dolphin lover who also happens to have a LaserActive. There’s a lot of neat information in the documentary (although who knows how much of it is still accurate, given 20+ years of advances in science), and it really does feel like Multimedia Creators Network was putting their all into this one. 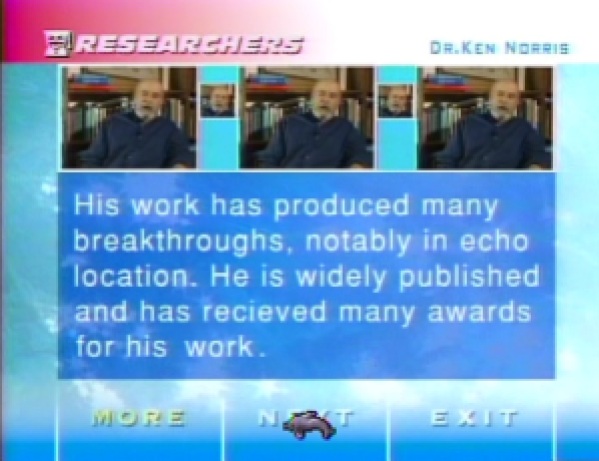 Melon Brains is also one of the few LaserActive titles to use both sides of the disc. Side A contains the more educational material while side B consists mostly of animal footage and new-age music. And while it isn’t likely to impress people today, it is nice to see that Melon Brains‘ creators were really making use of the laserdisc by giving users the chance to change audio soundtracks on the fly, as well as making use of the format’s ability to skip and repeat footage. 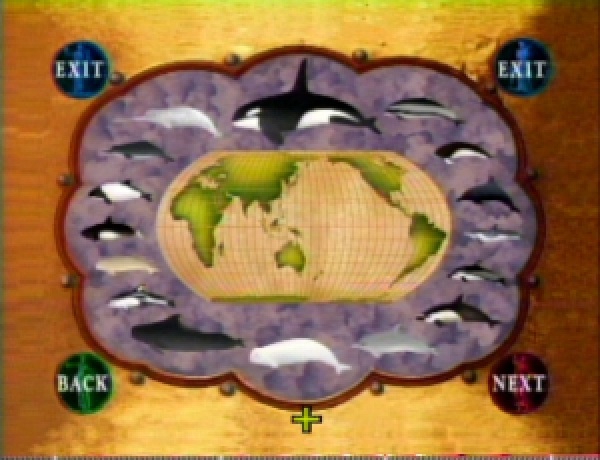 They’ve got us surrounded!

Melon Brains is an interesting novelty, but it’s not worth checking out today unless you’re really into watching dolphin documentaries on outdated tech.

As a concept for its time: C+

This footage comes courtesy of the LaserActive Preservation Project.