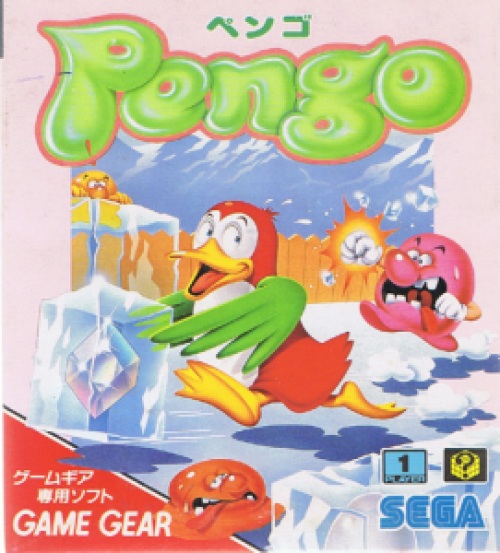 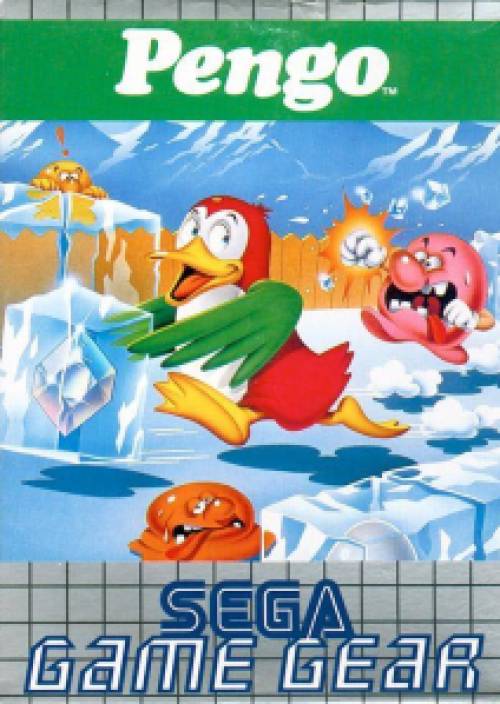 When placed next to the in-depth racing of Super Monaco GP and the appeal of puzzle action on-the-go with Columns, Pengo is a poor choice for the Game Gear’s launch. A port of the 1982 (!) arcade game of the same name, Pengo‘s maze hijinx belong back on the SG-1000, not on an advanced handheld system. Unless you really get a thrill from pushing ice blocks into walking blobs, the game’s appeal is limited.

That booger’s giving Pengo the ol’ side eye.

As the titular penguin, you’re tasked with clearing out the malevolent Sno-bees from the many ice mazes. The best way to kill the Snobees is to crush them with ice blocks. Within certain ice blocks, however, are Sno-bee eggs. These egg-filled blocks flash green at the start of each round and are best crushed immediately. If any eggs remain in the maze after a Sno-bee is killed, it will hatch and a new Sno-bee will take its place. Once a maze is clear of Sno-bees, it’s on to the next round. 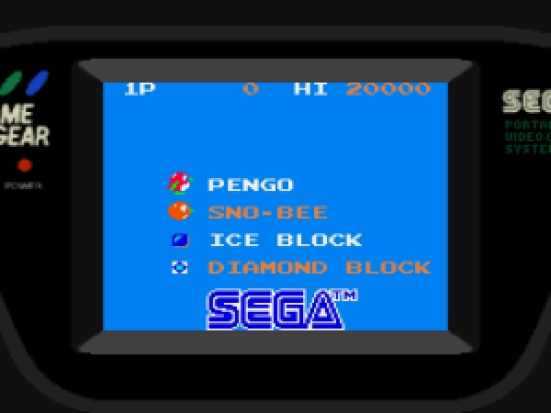 Ladies and gentlemen, the Pengo Players!

Any Sno-bees that aren’t killed quickly become real buttholes. They break ice blocks, move more quickly around the maze, and are just more difficult to kill. Each round has three unbreakable diamond ice blocks that will stop the out-of-line Sno-bees dead in their tracks. Also, if any Sno-bees are next to you when you’re near a wall, you can push the wall to stun them, then step on them without consequence. If there’s only one Sno-bee remaining after 45 seconds or so, it will hightail it to a corner of the maze and disappear.

You were leaning against the wrong wall, Mr. Sno-bee.

As with most arcade games of a bygone era, the purpose of Pengo isn’t to beat it, but to gather as many points as you can. The quicker you beat the level, the more points you’ll receive. Killing more than one Sno-bee at a time will also provide you with extra points, as will linking up all the diamond blocks together, either horizontally or vertically. 30,000 points nets you an extra life, which you’ll need if you want to traverse forward and keep the Sno-bee population down.

A chorus line of mooning Pengos is your reward for beating the level in 50 seconds.

The Game Gear port accurately replicates the arcade version’s gameplay, but the visuals have been considerably compromised. I know sprites have to be made smaller due to the Game Gear’s tinier screen, but everything from the characters to the environments has this squished, uncomfortable look. The colors aren’t as sharp as the arcade’s either, which makes no sense given the Game Gear’s expansive palette and the arcade game’s advanced age. 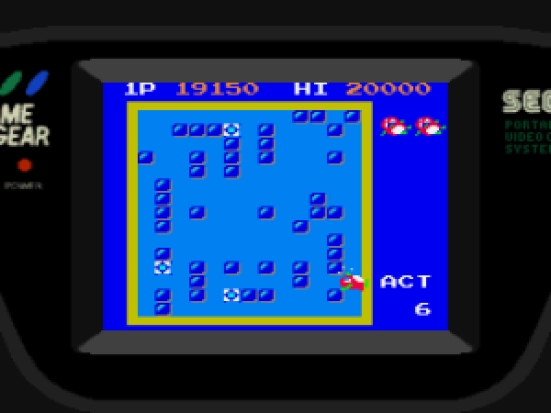 And why did Sega wait until the Game Gear to release a version of Pengo? Several Atari consoles received Pengo ports in the 80s, but for some reason, the SG-1000 and Master System failed to see one. Perhaps Doki Doki Penguin Land and Penguin Land – both inspired by Pengo, though considerably more enjoyable -were enough penguin action on their respective systems. 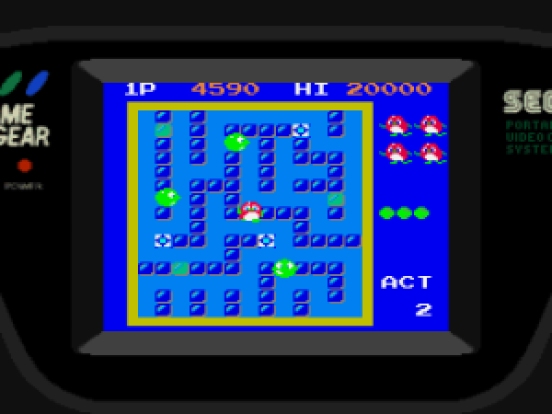 The Antarctic really is disgusting when you look at it this way.

The best classic arcade games – Pac-Man, Galaga, Frogger among others – might have different styles, but they all share addictive properties that make the player want to keep playing. Pengo lacks said properties. Save for some added Sno-bees, each round is the same as the one before it. No tempo change, no additional elements, just basic block-pushing repeated until poor Pengo’s flippers are numb. I didn’t out right hate my time with it, but I’m not surprised Pengo‘s all but forgotten today. 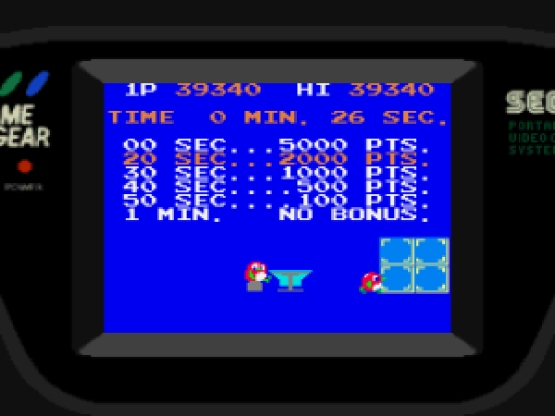 Not sure what’s happening here, but at least Pengo’s getting a break.

Every console launch has a game (or games, depending) that doesn’t belong. A game that would never succeed outside of the launch window, but because early adopters are desperate to play anything, they’ll buy it. Pengo fits comfortably into this slot for the Game Gear. If you’re not a racing fan and Columns‘ falling-block antics weren’t your cuppa, your only other option was a port of an eight-year-old arcade game that’s only fun for a few minutes. Take that, Nintendo?